True story: He forces her to sell her apartment in Kiev... 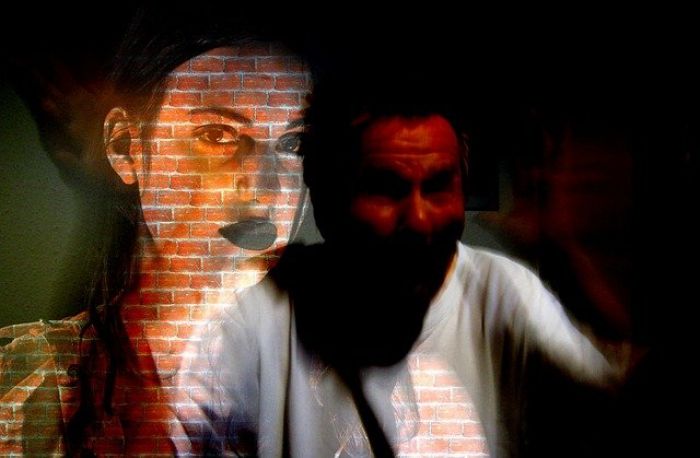 He forces her to sell her appartment

True story: He forces her to sell her apartment in Kiev...

The last letter I wrote was about marriage and the change of men's attitude towards marriage in times of crisis.

My wife Boryslava liked the subject of this letter and decided to translate it and share it with our Ukrainian members registered in the agency.

After sending it, we got very positive feedback.

But today I would like to share with you the response of Elena, for whom this letter has been very strong. She immediately responded to the letter.

Here is the letter:

This is Elena from Kiev.

I like your marriage agency very much and I tell everyone that I have not met a more sincere work in this sector than what you have created.

Don't forget to send this call to the men in your agency. They will have something good to reflect on.

These are valuable thoughts, which you have shared to better understand the men of a different geographical space than the former USSR.

With your permission, I will quote my story as an example (maybe someone will need it).

Before I met your dating agency, I had been in a relationship for three years with a man from Quebec (xxxxx is his name I am writing here because he found your agency in the beginning of 2020 and saw my profile on your site. I am also writing to you personally so that you know him as a potential client "as he could be").

He met me every time with tears in his eyes at the airport and left me with sadness. He introduced me to his friends and family, to his brothers and sisters.

We were happy and he did his best at the beginning of his first year. ....

At the same time, he asked me to wait before making a decision "because it is not customary in Canada to get married the first year" (((((.

And that's when the second year brought me some "surprises" .....

I had to see and bear all his fears about marriage.

I tried to explain to him the value of marriage, as Antony wrote several times.

But on my side, it was difficult to explain my position to him, because I could look interested as a judge and party), then it could seem to him that I was looking for the desired process of "marriage". So it is very important for men to hear such a truth from YOU, Antoine.

The process of fear:
Otherwise, during a relationship, men who are afraid begin the following actions. This can be seen in the example of my former man from Quebec.

1. He expressed his fears in the following way:

He began to give examples of failed marriages between foreign women and Canadians (he showed me newspaper articles)... these foreign women would then leave and divorce. He used these examples as the basis for his decision.

2. The next fear, he showed it to the immigration lawyer in Montreal, where we went to find out about the process of my legalization through the family reunification process. He wanted to legalize me with the money I had earned by forcing me to sell my apartment in Ukraine, so I could go to school in Canada and get a student visa in Canada, but he did not want to get married. The lawyer understood everything and emphasized that marriage is the right thing to do in this case, and in his case, it is a necessary procedure and he should not be afraid of the steps. The lawyer gave some examples of such marriages, among his clients.

His conscience began to weaken between his positive reputation in the business world and his incredible greed to share his life with me in his country. He began to cry on his knees, apologizing for not being able to get over himself, and this was in five of my seven trips to him during the three years we met at regular intervals.

In the meantime, his family began asking him questions about whether "he had made a decision about marrying his Ukrainian wife" .....

- "I didn't choose the same dish as him at the restaurant."

- At a family dinner of 15, he dropped an ugly joke on me, to which I had to respond strictly. Afterwards, his apology was accepted by everyone and me.

- he raised his voice (shouting like a madman) several times. In one case: "why did I decide to come and meet him in his line of sight (I was about 20 meters away from him and he saw me then), instead of just waiting for him in the car" as if I was embarrassing him.

- Another example: I am a designer in one of my courses, and I am now a sculptor. On several occasions, he asked me to do some repairs in his house. He gave me the task of painting the door at his house, etc. and stood next to me to do some work as well..... Turns out he wanted to be mean and he did: "I'm holding the brush wrong and I need to do everything faster and start applying paint on the other side" and started embarrassing me "how can you live with a woman who does technology or repairs in such a way!!!".

That's 10% of what could be said today with a smile about his strategy and tactics to "not end up in marriage".

In a nutshell, I realized that I had to free him from my presence. Although my sincere love and joy gradually disappeared, as if I was waiting for something else))).

A friend from Montreal told me later that I should have called 911 (the police). But at home (at the Slavic "bride") such a method was not even possible.

There are rumors that he is always alone in his house and that he is angry with the whole world, except himself.

This is why my story is an example.
If a man is not ready or is afraid of the word MARRIAGE, then a very ugly relationship can start.

From which he will not come out better - these are exact words. And for the woman, it is a very bitter experience.

Therefore, your letter, Antony, is a valuable educational and developmental truth about the happy relationship within the family.

For, as what is happening on planet Earth ...... shows, the door to happiness can close unexpectedly for men too. And your AGENCY gives you the key to these doors.

This is another important reason to cooperate with your agency in order not to "meet the wrong man running away from his happiness".

We thank Elena for her beautiful letter full of emotions and wisdom.

I wish you a healthy weekend!

More in this category:
Between 50 and 60 direct contacts for 100 euros
Should I move to Ukraine? »
back to top

Quiz : Do I Stand a chance
with a Ukrainian woman?