In Moscow, Putin welcomed the victory of Donald Trump 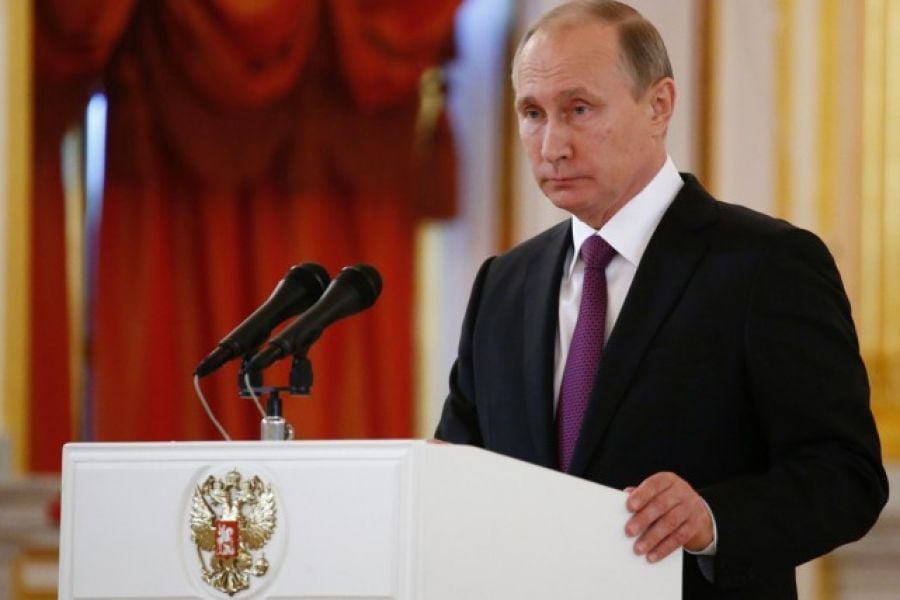 In Moscow, Putin welcomed the victory of Donald Trump

Last night a bus of Quebec women traveled to New York to celebrate the victory of Hillary Clinton to the US presidential election. In the night, at the microphone of Paul Arcand, one of them cried: "I came to celebrate the victory of women over humanity and misogyny has prevailed. With Clinton, the first woman could take control of the first economical nation in the world. " Meanwhile in Russia, while all stock exchanges fell down except that of Moscow, Vladimir Putin warmly congratulated the successor of Barack Obama arguing it will be the beginning of improved relations between Russia and America. In Quebec, all political parties and the prime minister Philippe Couillard, who had spoken out against the new president of the United States, are biting their tongue. Indeed, America remains the largest customer of Quebec. In all media, we hear a result of continuous whining. In France, Francois Hollande, who had distinguished himself last month by refusing to invite the Russian president, Trump equates to the extreme right. Fortunately, our young Canadian Prime Minister Justin Trudeau, has wisely avoided taking a position. I must say that since becoming head of state, he made a clear round.

A win against feminism?

Let's be honest, I was not a supporter of Hillary Clinton, far from it. The last few weeks in Quebec have seen swell the tension between certain public men and feminist currents following the ranking of secondary schools which has confirmed that the school excludes male children. An important female lawyer came to insult men in public on the famous show TLMP, one of the most listened TV show in Quebec. Then Joseph Facal placed a scathing article that made noise. Men in Quebec are supposedly stupid and losers. Feminist arrogance has crossed the line and some men wake up and speak publicly. The victory of Trump's a nice slap in the face of those women who went by bus to New York to celebrate the victory of women in the world ... As if there was a war between men and women.

If I totally disagree with this lamentable idea of ​​building a wall between the US and Mexico, I am completely in agreement with Trump's ideas about Russia. Trump has openly declared that Vladimir Putin is a good president, that also confirms over 90% of Russians. The new US president wants to stop funding NATO armed country that is a grouping AGAINST Russia. He wishes that America and Russia are working together and not in opposition. While his opponent Clinton is clearly opposed to the Russian president. So it is great news for the influence of Russia and its ideas in the world.

Questioning the media and surveys?

If we try to reflect on the media hype in Quebec and elsewhere. You listen to all media who lament and mourn live. All these media that influence you in your daily decisions. These media constantly hammering you the message of feminism, self-righteous, sanctimonious. In reality these media live in a closed world, outside of the world and the concerns of ordinary people. The great victory of Trump, whether we like him or not is that he was able to understand and harness the energy of millions of poor and middle class Americans affected who disagree with the right-thinking one thought relayed by polls and media.

Putin is ready to restore relation with US

More in this category:
4 Advantages of International Dating
Sex and Russian Women »
back to top